NBA 2K22 Season 8 ‘Chase Greatness’ is set to launch on Friday, July 1 at 8 AM PT for current and new gen systems. The Season 8 MyCAREER Level 40 Reward is ‘Dash2K’ shoes that make you travel faster around The City and Cruise Ship. The Level 40 Reward for MyTEAM is an  Nikola Jokic ‘End Game’ card.

Season 8: Shaquille O’Neal Shattered Backboards And Expectations On His Way To Becoming An All-Time Great. Now It’s Your Turn To Chase Perfection And Glory In Season 8

For 20 years on the court, Shaquille O’Neal embodied greatness, harnessing and unleashing a rare combination of raw athleticism and finesse to dominate on the hardwood from coast to coast. The 1992 No. 1 overall pick shattered records and backboards en route to becoming a Hall of Famer, but he’d be the first one to tell you greatness is earned, not given. In Season 8, you and countless others will chase glory and athletic brilliance for six weeks, earning new rewards along the way.

Achieving greatness is a reward in itself, but we’re delivering a treasure trove of content for you to flaunt around The City and the Cancha Del Mar as well. Become basketball royalty by dominating the competition just like Shaq and etch your name in the history books of NBA 2K22.

All year, you’ve climbed your way from the base of the MyCAREER mountain to its highest peaks, overcoming a series of physical hurdles and technical challenges to stake your claim in NBA 2K22 and rule the competition. Achieving this feat hasn’t been easy—but now the real work begins as you fight to defend your throne. Greatness demands keen attention to detail, and a willingness to go the extra mile in order to sustain it.

Few things are as fulfilling as the taste of victory, but the sense of accomplishment you’ll feel on your journey from Level 1 to Level 40 in Season 8 is just as satisfying, especially when you can earn a bevy of gleaming rewards to flex in front of your friends. When you hoist the Larry O’Brien Trophy in all of its golden glory, make sure your outfit is complete with Season 8’s Gold Goggles, Gold Basketball Jersey, Gold Long Shorts, Gold Arm Sleeve, Gold Hat, Gold Tee, or Gold Suit for a complementary look. If you’re asking yourself if that’s too much gold, the answer is no—all gold everything.

There are several ways to traverse around The City and the Cancha Del Mar, and the Go-Kart is a great go-to option. By reaching Level 30, you’ll receive an all-new Slime Skin for your zippy ride. Attaining greatness is often a slow burn that takes hours of practice, but you’ll be dashing your way through MyCAREER like a speed demon with the Level 40 Dash2K I Shoes. Leave fellow players in the dust as you navigate your environment with electrifying agility. This Season, prove why you’re great and reap the rewards in return.

End Game has officially arrived in MyTEAM! At the end of last Season, MyTEAM’s best cards rose to a new level with the likes of the great Magic Johnson, Rookie of the Year Scottie Barnes, the dominant champion Wilt Chamberlain, and one of our NBA 2K22 cover athletes, Dirk Nowitzki, all receiving these uber-powerful cards!

If you missed the announcement, these End Game cards are a cut above the cut above. All attributes rated at 99, all 80 possible badges at the Hall of Fame level, and the best jumpers, dribbles, and finishing animations you could ask for. These cards do-it-all, and three more are being added as rewards in Season 8!

The first End Game card we need to talk about is the Level 40 reward: two-time NBA MVP, Nikola Jokic! The back-to-back MVP’s abilities already go well beyond what is expected from players at the Center position, which is why this 99 overall Jokic is also Point Guard eligible! So, whether you choose to have the MVP lead from the point or the paint, End Game Jokic can out-do the competition at both positions.

This Summer, test your best lineup in the new “Best Of” tier in Domination! Thirty three games against the best releases in NBA 2K22’s MyTEAM. Face the legendary NBA 75 cards, get through the matchup nightmare of the Out of Position team, take on reward cards from the entire year, and face lineups of Invincible and End Game players. Finishing this challenge will earn you a special End Game James Harden card!

Yes, even with End Game here, the Invincible cards are not to be ignored in Season 8 of MyTEAM. To start your Season 8 journey to Level 40, head over to the Season menu to pick up the Level 1 reward, Dark Matter Invincible Isiah Thomas! One of the top leaders to ever play in the NBA is ready to captain your lineup and earn you XP, all Season long.

As we enter the summer months, MyTEAM: Draft will see a major update for the featured pack at the launch of Season 8. Starting Friday, all new drafts will receive 3 Dark Matter cards from the featured pack to lead your lineups. New cards will still be eligible to be drafted to your lineups with each release, and remember, each new Season in MyTEAM comes with a Draft Ticket, so jump in and compete online with the most powerful cards available in the mode!

A DECADE OF MyTEAM

One more thing, this is a special summer for us as we conclude 10 memorable years of MyTEAM! Since the mode’s debut, there have been many iconic NBA player cards, so in Season 8’s Pack Market, we will be focusing on some of the players who have made the biggest impact on the MyTEAM community through the years.

To tip this off, we are highlighting the legendary duo of Kobe Bryant & Shaquille O’Neal! Starting on Friday, over a dozen Dark Matter versions of Kobe & Shaq will be made available, from End Game and new Invincible cards, to special insert versions of community favorite releases, NBA 75 cards, and more. Plus, we’re introducing a new theme: MyTEAM Anniversary.

As always, stay tuned to our official MyTEAM Twitter account, @NBA2K_MyTEAM, for early reveals on these releases, as well as locker codes, and the latest news surrounding MyTEAM!

Since its founding in 1996, the WNBA has seen many players embody greatness as players and coaches, like Sheri Sam and Taj McWilliams-Franklin. Sam and McWilliams-Franklin both played in the WNBA for 10 years or more, each being named to the All-Star team at least once. Since they retired more than a decade ago, they’ve both remained involved with basketball by transitioning into front office and coaching jobs. This Season, lean on their expertise and knowledge to help you gain an advantage in The W. Reach the Hall of Fame tier and you’ll be rewarded with their contacts, including a Takeover Perk Picker. You can also earn 2K Breakthrough Gear, an Extra Point Badge, 4,000 total VC, a Seasonal Clothing Bundle, and exclusive W Gear.

This Season, First Fridays features a wide range of tracks from Low Profile x CASUAL. Low Profile, a women-owned music licensing and consultancy agency that has expanded to include the CASUAL record label, keeps an intentionally curated—but eclectic—roster of established, well-known artists, and exciting new acts waiting to be discovered. This Season’s Soundtrack update will showcase 13 tracks from their catalog. 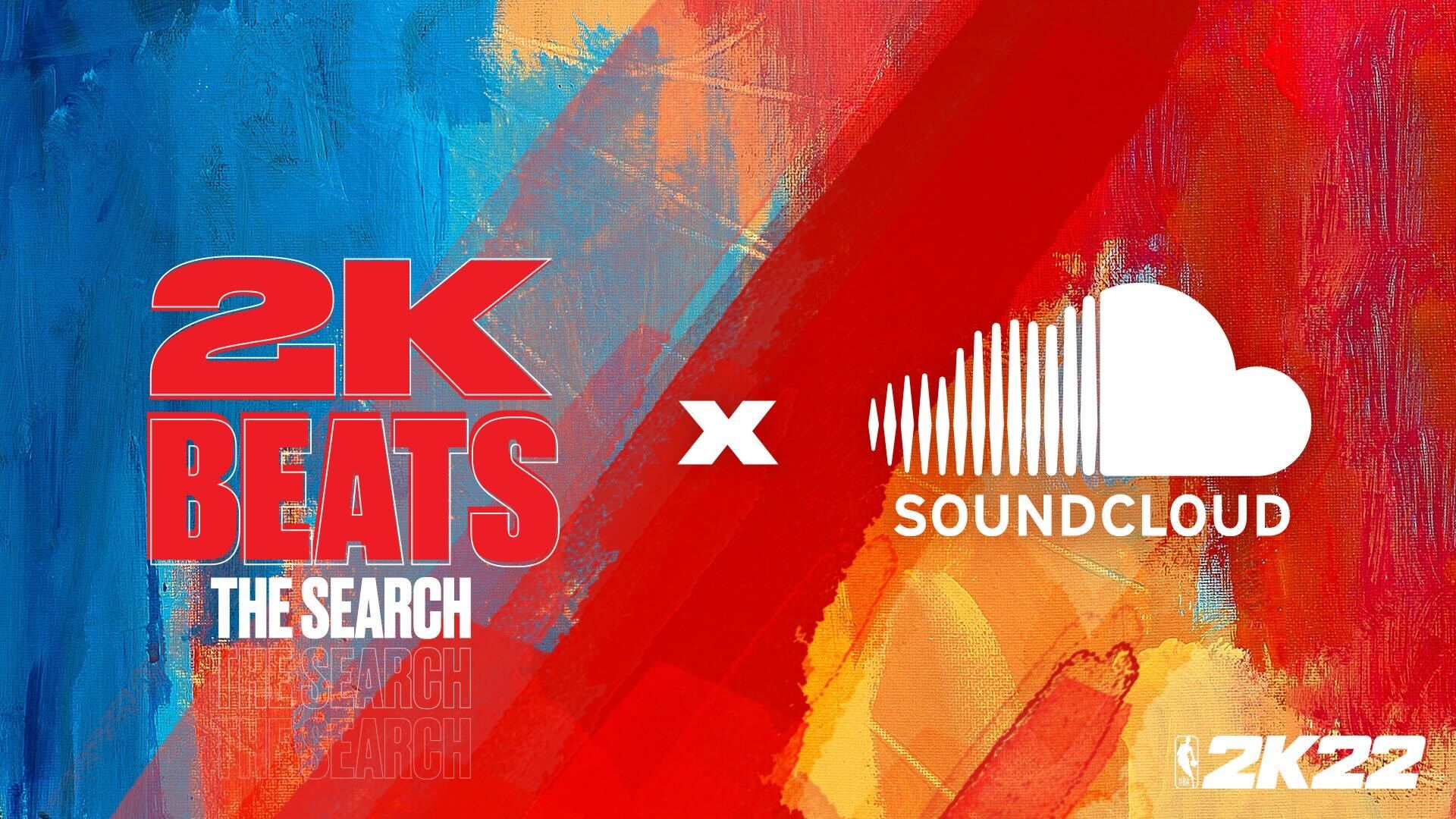 Last Season, we featured 10 aspiring artists from the NBA 2K22 community by showcasing 10 songs in-game. We asked fans to submit samples for the opportunity to be spotlighted on the soundtrack, and they didn’t disappoint. For Season 8, we’re adding 10 new songs and welcoming a new batch of artists into the fold. You can learn more about the artists and their musical backgrounds here.

Greatness doesn’t happen overnight; it takes dedication and an insatiable desire to be the best. Do you have what it takes? For the next six weeks, push your limits and go further than you’ve gone before to shatter records and expectations. With added incentives in MyTEAM and MyCAREER, giving you even more reason to power your way to the Level 40 finish line, seize the moment and establish yourself as one of the greats.