The Neighborhood sets sail again in NBA 2K23 on Current Gen, but this time aboard The G.O.A.T. Boat. Equipped with more courts and new quests, this year we’re making a splash.

All aboard! NBA 2K23 is ready to set sail on Current Gen consoles, and you don’t want to miss your chance to stay on this year’s luxury cruise liner. Last year, NBA 2K22 introduced an all-new Neighborhood, taking place on the Cancha Del Mar. The vessel sailed through uncharted waters, taking you and fellow hoopers on scenic excursions and hosting whale-sized events. The Neighborhood will once again call a luxury liner home in NBA 2K23, but the Cancha Del Mar has been replaced by The G.O.A.T. Boat.

Coming to a dock near you on PlayStation®4, Xbox One, Nintendo Switch, and PC, The G.O.A.T. Boat is about to make its maiden voyage. This year, we’ve made a handful of enhancements to the Neighborhood by increasing the number of total courts, implementing no-wait gameplay options, and more. Below, we’ve detailed these refinements and can’t wait for you to experience them for yourself!

For the next 12 months, players will call The G.O.A.T. Boat home and take part in myriad competitions during that time frame. Life aboard the Cancha Del Mar was buoyant and eventful, but The G.O.A.T. Boat is an entirely new experience, and equipped with a more accessible layout. You’ll notice several differences between the Cancha Del Mar and The G.O.A.T. Boat, such as the deck system and the Promenade, among others. We wanted to ensure the cruise ship is as accommodating as possible during your stay, so this year we prioritized more game modes and courts, broader lanes and hallways for smoother traversal, and a more centralized Promenade to tie everything together.

Check out The G.O.A.T. Boat’s three-deck layout below: 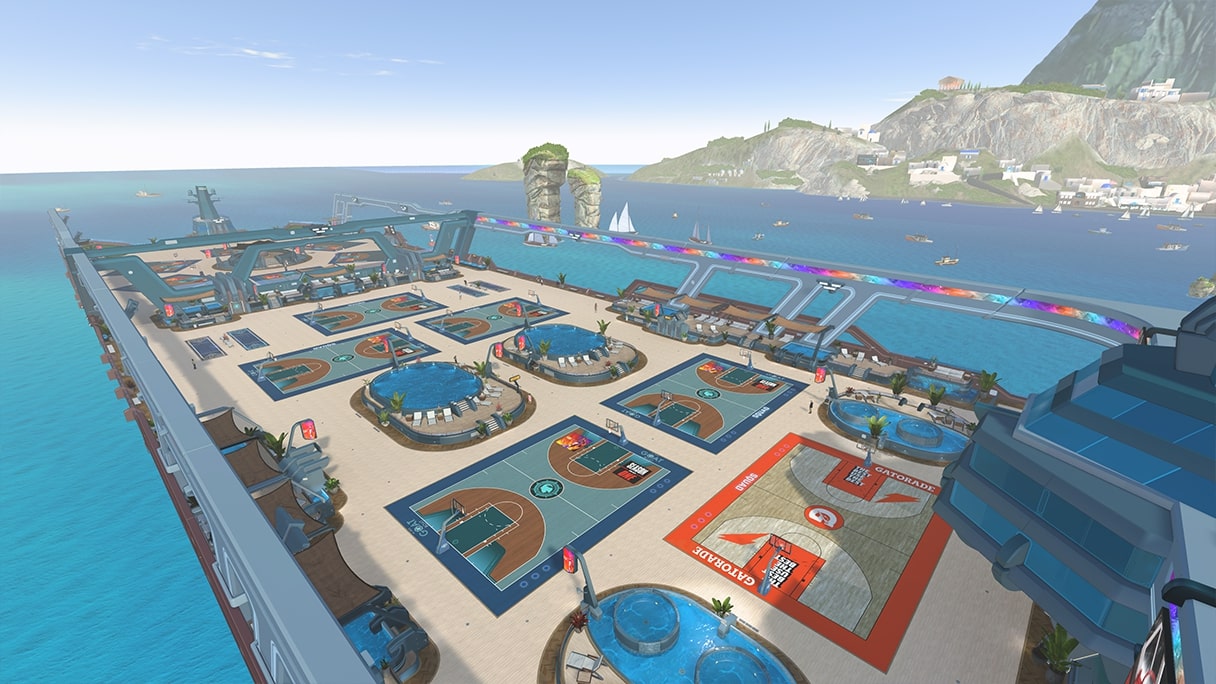 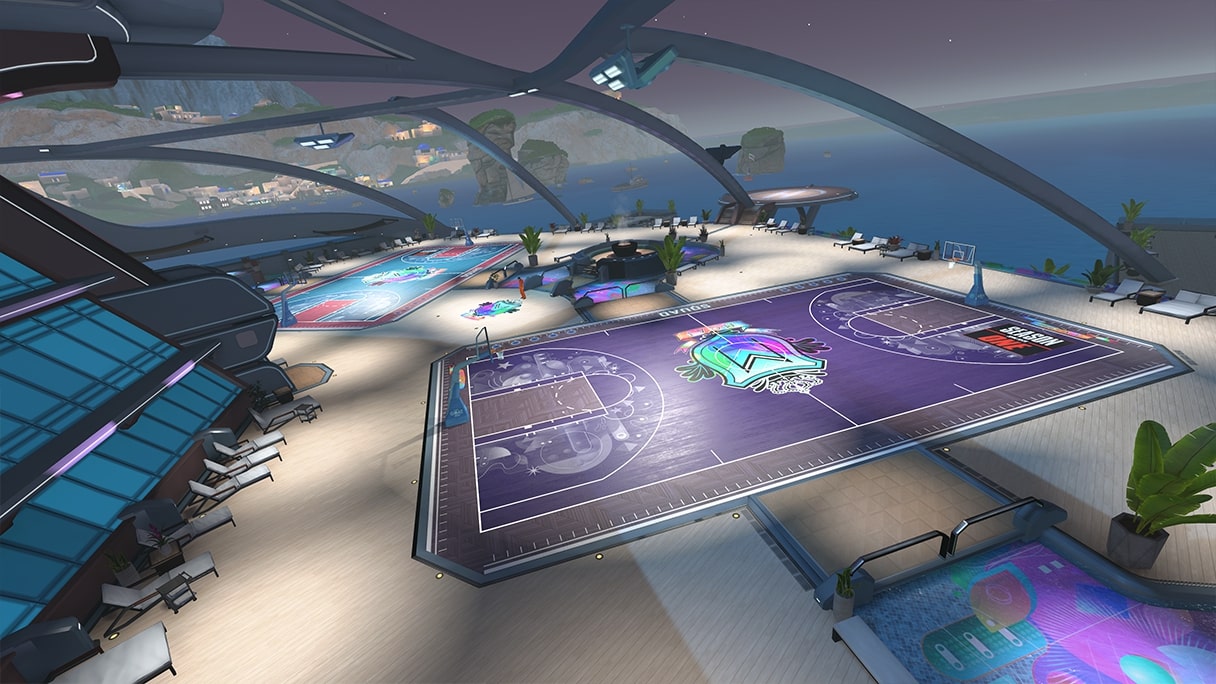 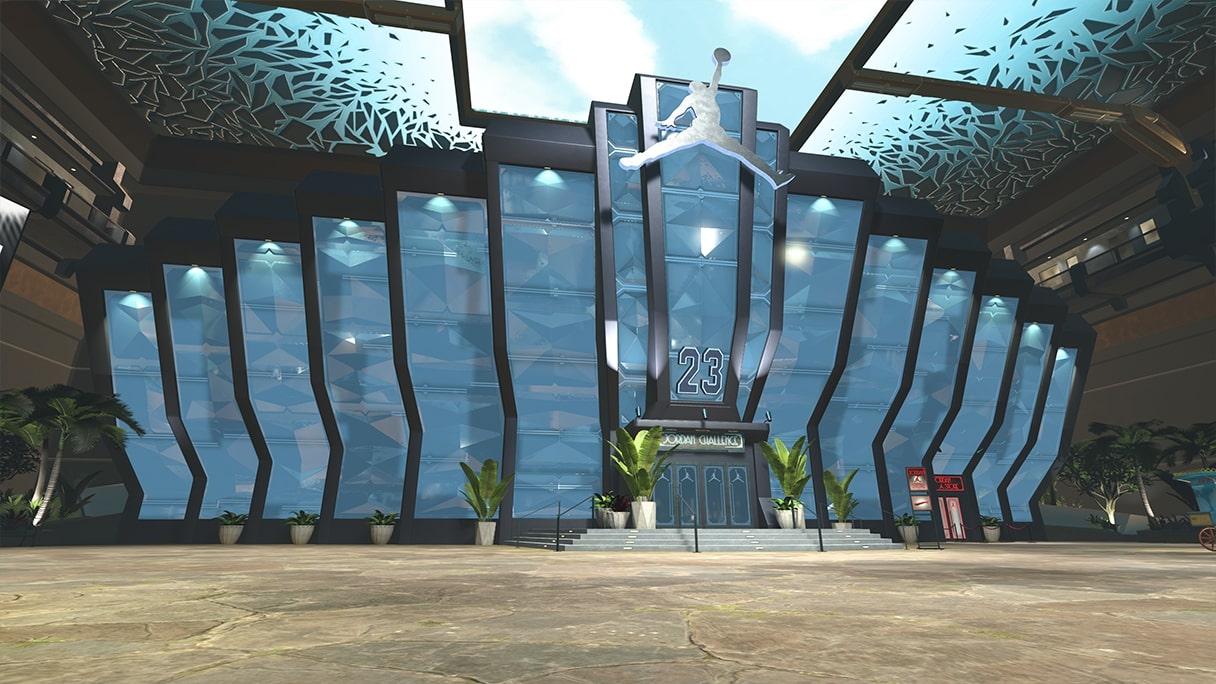 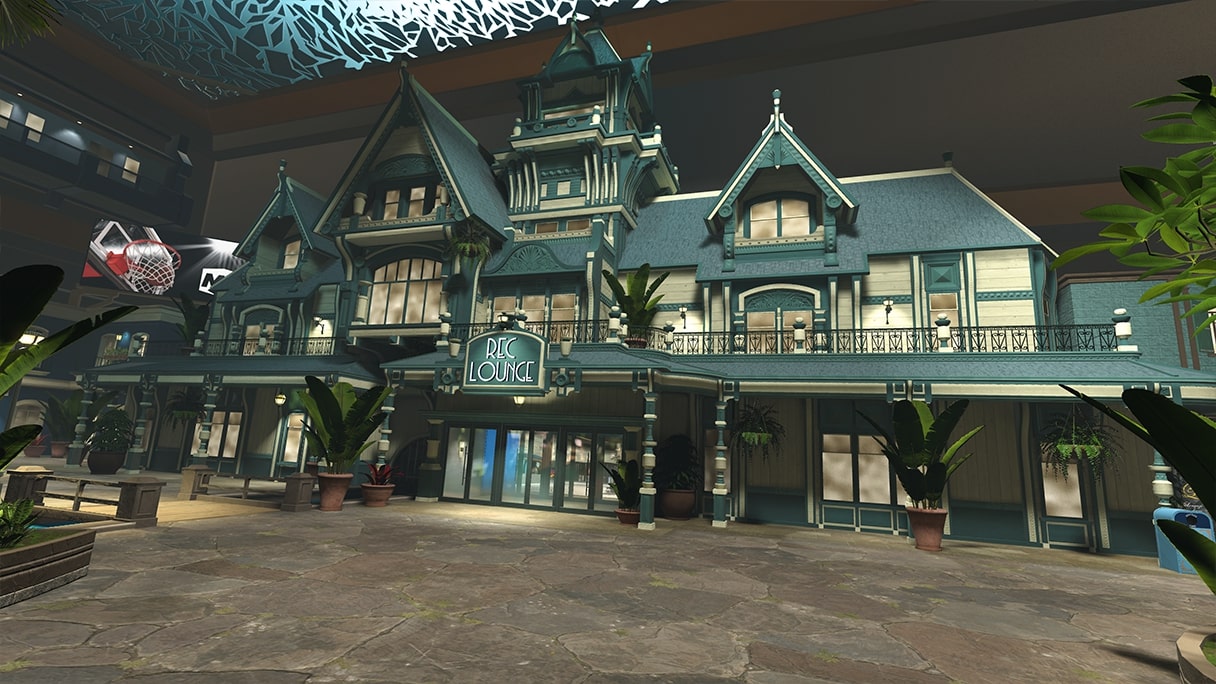 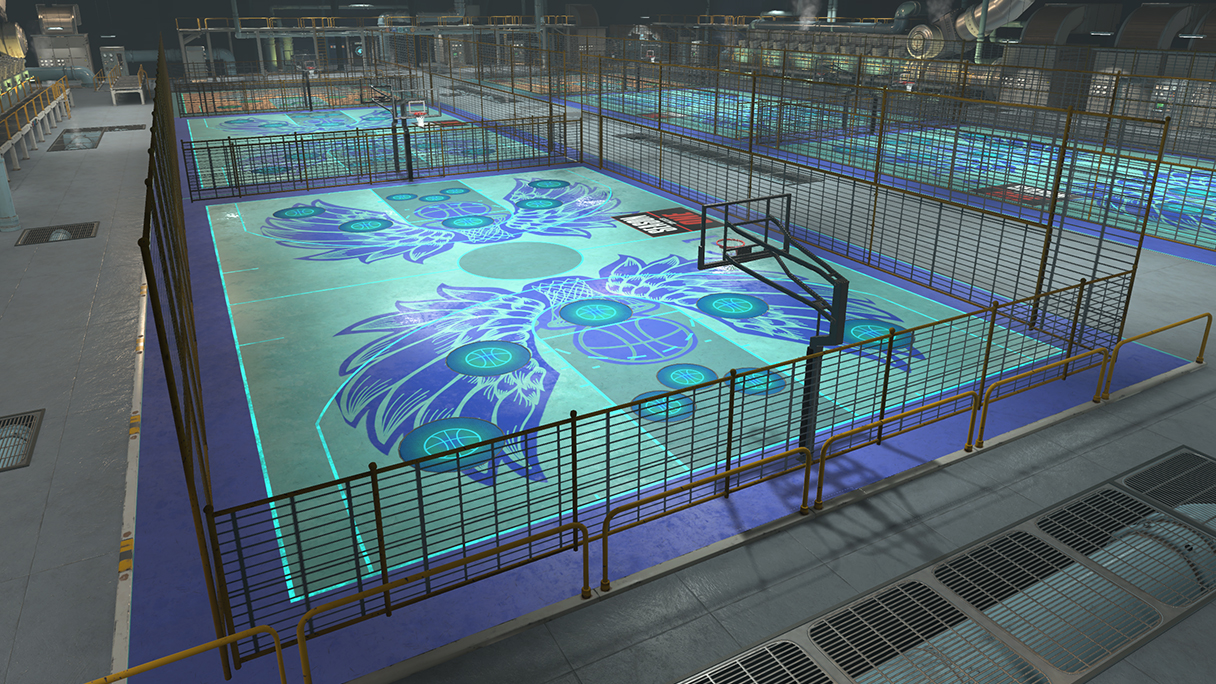 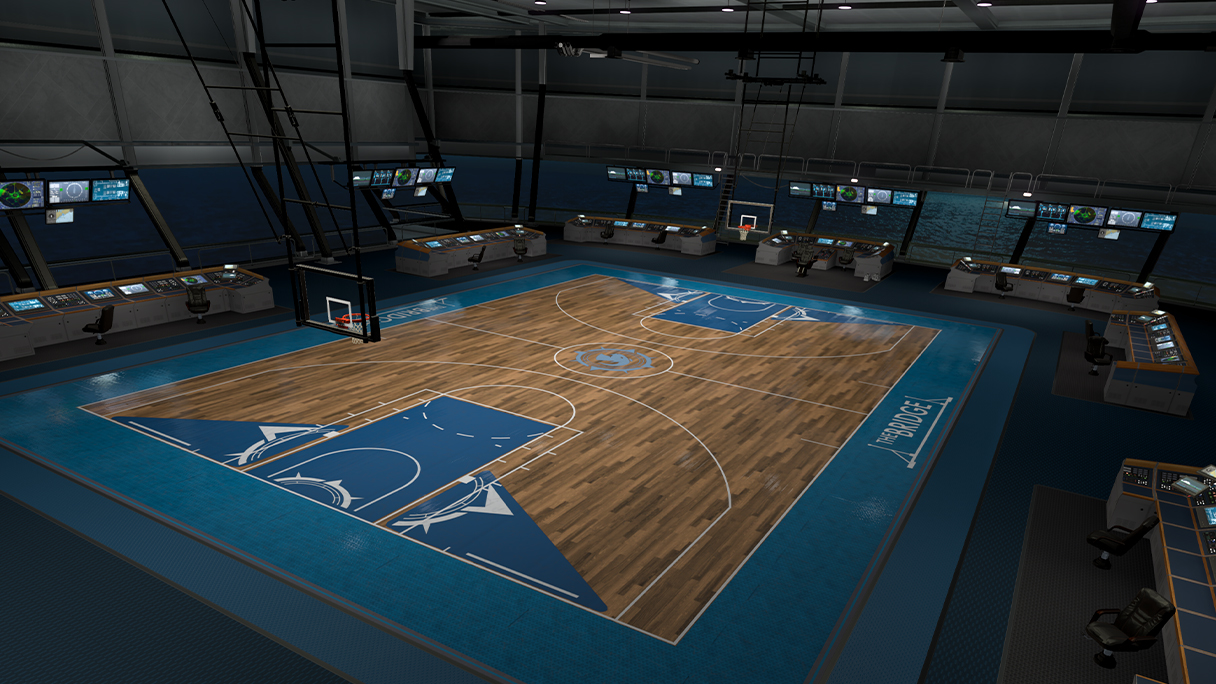 The Game Room and the Promenade have merged into a single level this year, making it easier than ever to visit SWAG’s and the NBA Store, and more, before heading to The Galleon for some 1v1, or The Bridge for 3v3. In addition, we’ve added “Showers,” which allow you to quickly change servers. Elevators have been updated to include fast travel between key points of interest, and can also be used to access off-shore events.

There’s much to explore this year on The G.O.A.T. Boat. Around the ship, you’ll notice state-of-the-art facilities and a decadent environment, fostering an experience you won’t find elsewhere.

This year features more variety when it comes to matchmaking, as we’ve added no-wait gameplay to complement Got Next spots. Whether you’re itching to suit up with your friends or test your ability to mesh with random players in a pickup game, you have the ability to pair up quicker in NBA 2K23. Together, Got Next spots and no-wait gameplay will diminish wait times and keep you on the court longer.

Similar to The REC, when you go to join a game you’ll be automatically matched up with fellow players, cutting down on wait times. Got Next spots will still be an option for joining games, but now you have options when it comes to matchmaking.

Last year, we took players on exotic excursions around the world, and in the process, we showcased scenic courts and a bounty of rewards. We’re thrilled to announce that we will once again revisit some popular destinations from last year, in addition to taking players to all-new locations in international waters, but we aren’t going to reveal where just yet; however, you can look forward to one new excursion and one new on-deck event each Season.

Throughout the year, The G.O.A.T. Boat will receive cosmetic updates to match the vibe of each Season, keeping things fresh and festive. Courts will feature thematic designs and logos that will be updated for 2v2, 3v3, and 5v5. Keep your eyes on the horizon for more Season 1 news and updates coming soon! 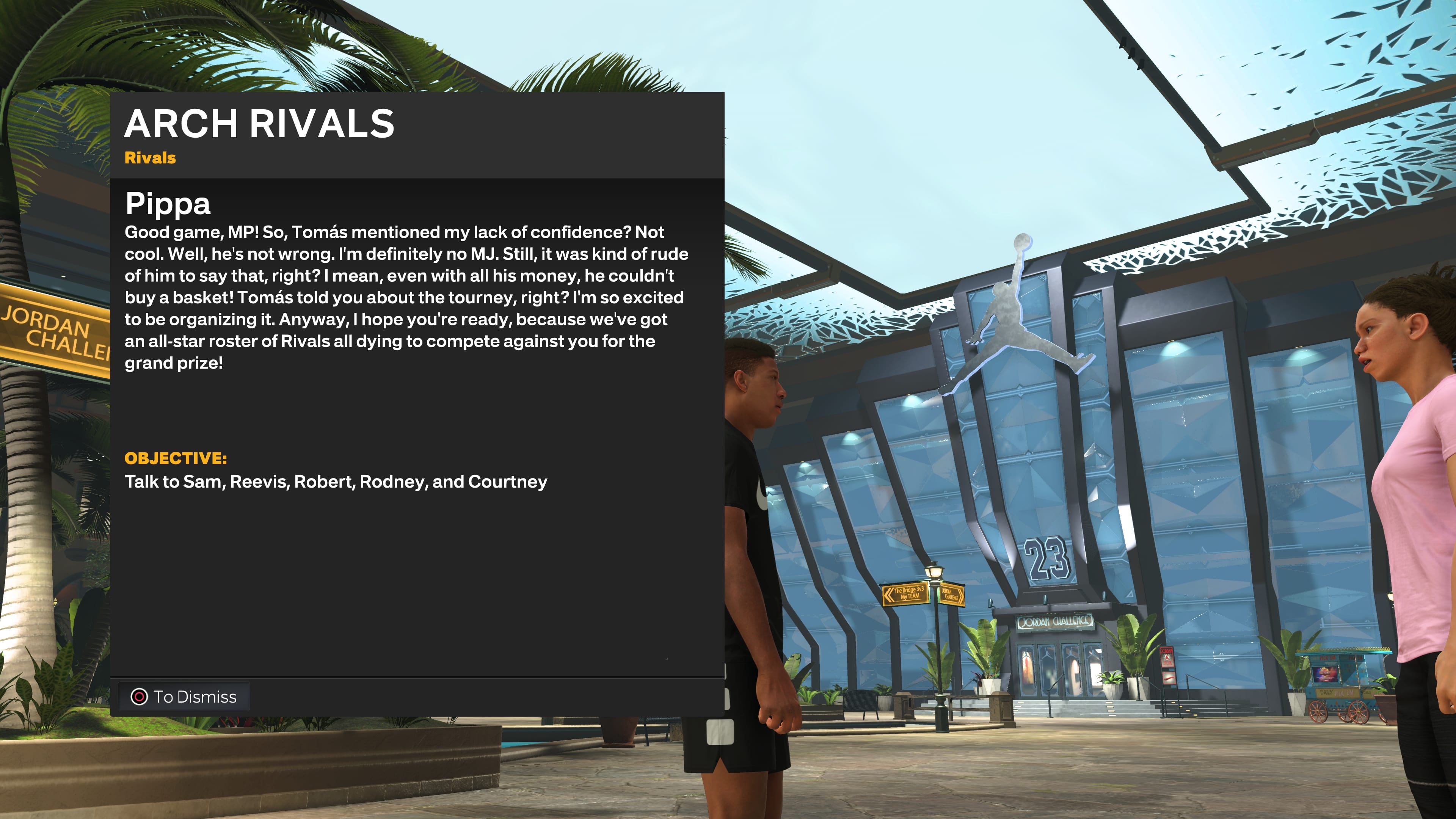 Dominating every game mode and rival player on The G.O.A.T. Boat never gets old, but if you’re looking for more to do, you’ll be happy to hear that Quests are returning in NBA 2K23. On the Cancha Del Mar, players had the opportunity to explore the cruise ship by interacting with NPCs via Quests. This year, you’ll be able to explore The G.O.A.T. Boat in a similar fashion, but with some added tweaks.

To receive Quests in NBA 2K23, you must interact with NPCs. Previously, Quests would appear in your Quest Journal, but this year they won’t automatically be assigned. We’ll also be introducing a new type of Quest, in addition to Daily, Weekly, and Seasonal, called Rival Quests. Compete against the AI within an established storyline, where you go toe-to-toe 1v1. These Quests feature key NPCs you will interact with throughout the course of the game. Experience a more immersive story this year with rival NPCs, a realistic storyline, and authentic dialogue.

This year is filled with larger-than-life events, challenging Quests, and more courts than ever before. We’re so excited to share everything that lies in store, but the wait is almost over, so we won’t spoil the fun. The G.O.A.T. Boat casts off on September 9 on PlayStation®4, Xbox One, Nintendo Switch, and PC. Prepare for the upcoming charter season of NBA 2K23 by pre-ordering your copy today!